Hi there guys and girls, one more rom/fw for you all!
Many thks to Khadas for sending me the device to play
And many thks to @Robert for be my beta tester

This rom is as “TRUE” to AndroidTV as possible…
Build from Latest source.

IF YOU HAVE TO MANY ISSUES IN THE BUILD AFTER FLASH EVEN IF THE FLASH WENT OK, JUST REFLASH AGAIN THE IMG BECAUSE YOU GOT A BAD FLASH EVEN IF IT SAID IT WAS OK.

Differences of USER and USERDEBUG builds:

User Build : This build is done to be as close to a company rls as possible, it does not have root or twrp and is compiled with rls keys and SELINUX enforced, what this means for you?
Well it means lot more apps show in Playstore that didn’t show before, (EX: my isp androidtv live tv app, only shows in Playstore non rooted and SELINUX enforced devices, also the streams in the app does not even play in rooted devices.). Like this there’s lots of other ISP/NON ISP apps Out there…

UserDebug Build: This build does have root, selinux is permissive and some other stuff you will see in changelog down there…, but of course you will lose the above…

Want to buy me a beer?

THIS ROM DELETES ALL YOUR DATA SO DO A BACKUP!

USE AT YOUR OWN RISK!

thanks so much for this rom.

could any one confirm if they have working ethernet? tia

Works here too. I always start with Eth, worked fine.

working after a few restarts - thanks!

I was wondering if anyone was able to watch a movie or an episode after login to Netflix (the Netflix app included with the rom) after launching the Neflix app only Back and Home work on the remote keypads so I am not able to to watch anything from Netflix.

I also paired a Bluetooth remote and a WiFi with the USB dongle remote in order to make sure the issue is not from the Vim1 remote and the result was exactly the same no other keypad on the remote except the return works.

the Netflix app included only works with a mouse or air mouse - hope that helps!

how to “cleanly” root such rom. Seems like it’s a “debug build”. I have a bad experience with KingRoot, therefore looking for some better solutions.
PS. This rom is great. No problems at all so far and it even stays quite cool even on “heavy” load!

Thanks for the work but the download link does not work.

Ye i know, we are fixing it!

PS. This rom is great. No problems at all so far and it even stays quite cool even on “heavy” load!

This is a great rom indeed - thanks so much superceleron. It runs so cool compared to others I’ve tried.

Any ideas how I can create a custom boot logo and where I need to install it?

Any documents out there which can point me in the right direction?

@superceleron
Flashed this yesterday via bootmaker tool (USB burning tool not detecting Vim1)
I have an old Vim1 superceeded V 1.2 board.
I only have 1080 60Hz option in display settings.
No 1080 50Hz
My TV is 1080p maximum.
Most content on my very few apps is 50 FPS so not ideal.
Anyone else missing 50Hz ??
BTW Dual boot with CoreELEC nightlies on SD Card working a treat.

No issues here, i have the 50hz.
If you dont it means your tv is not sending the correct edid information to the vim1… im in v1.2 board.

If you dont it means your tv is not sending the correct edid information to the vim1… im in v1.2 board.

I found the issue after flashing Newest Android pie on my Vim3.
Same thing happened until i toggled in Display settings / Resolutions and activated Auto switch to best resolution.
Deactivated it and then clicked on Display mode 1080p 60Hz
Then all my TV resolutions showed up including 1080p 50 Hz
Chose 1080p 50Hz and bang it works.
Had to do this same procedure on the Vim1 with ATV to jolt the handshake between my TV and the Vim1.

BTW I know Refresh rate switching is not working.
What i pleasantly found using this Rom is that TVHeadend Client in Kodi playback is working very nicely at 50FPS playback.
There was some slight Jerkiness in HD channels but i was able to fix that by changing settings for Smooth Playback using Activate Sync Playback To Display.

updated 1º post with v2 builds based on new sdk… word of warning… no TWRP in this build since this new sdk totally broke the support for it…
Also there is a bug in Debug build when it plays videos inside small windows, it shows green noise instead of the video, you guys will notice in launcher where in videos play in the small squares.
User build is ok, so is only debug build specific… i’m still debugging to find the issue! 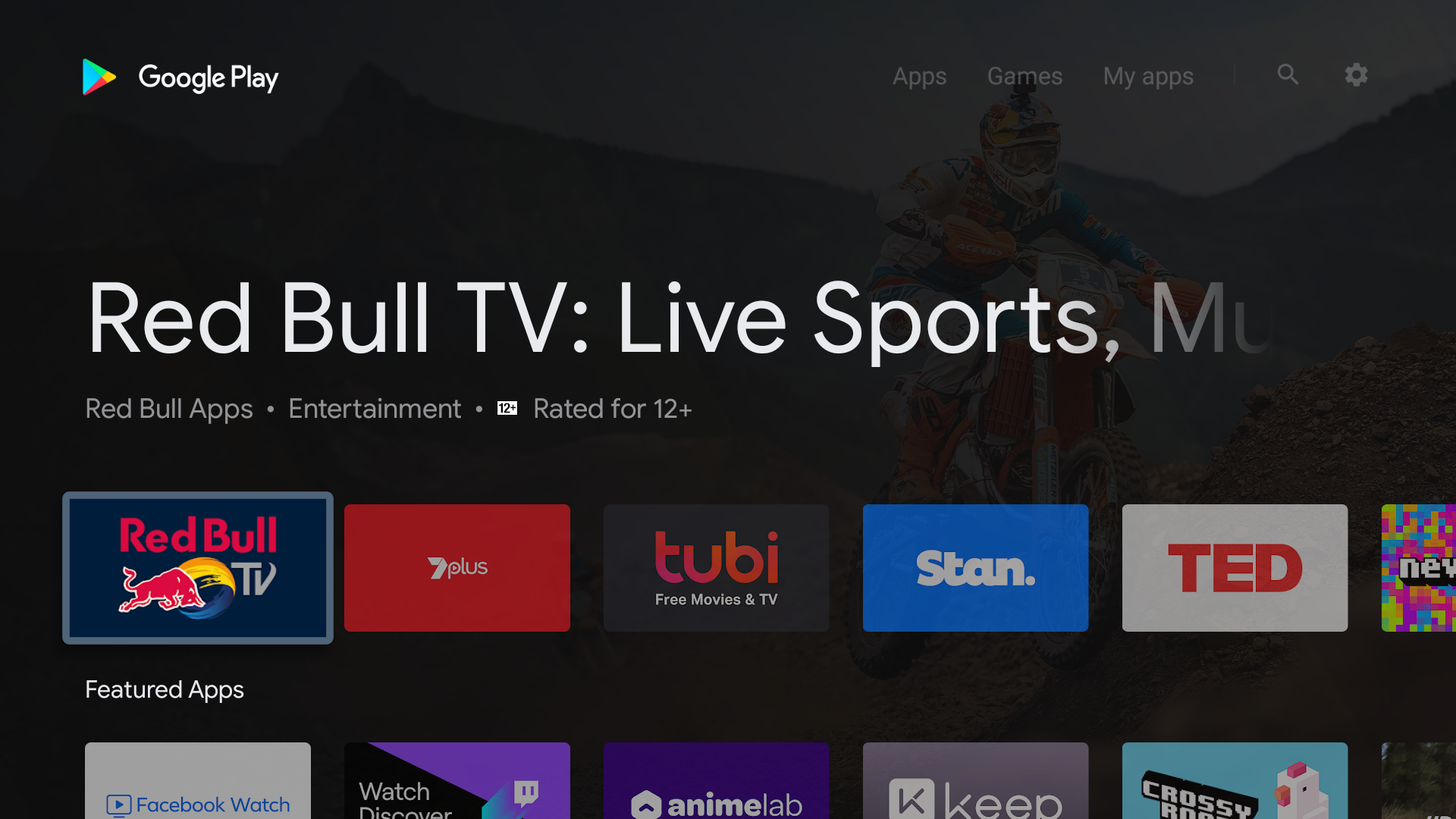 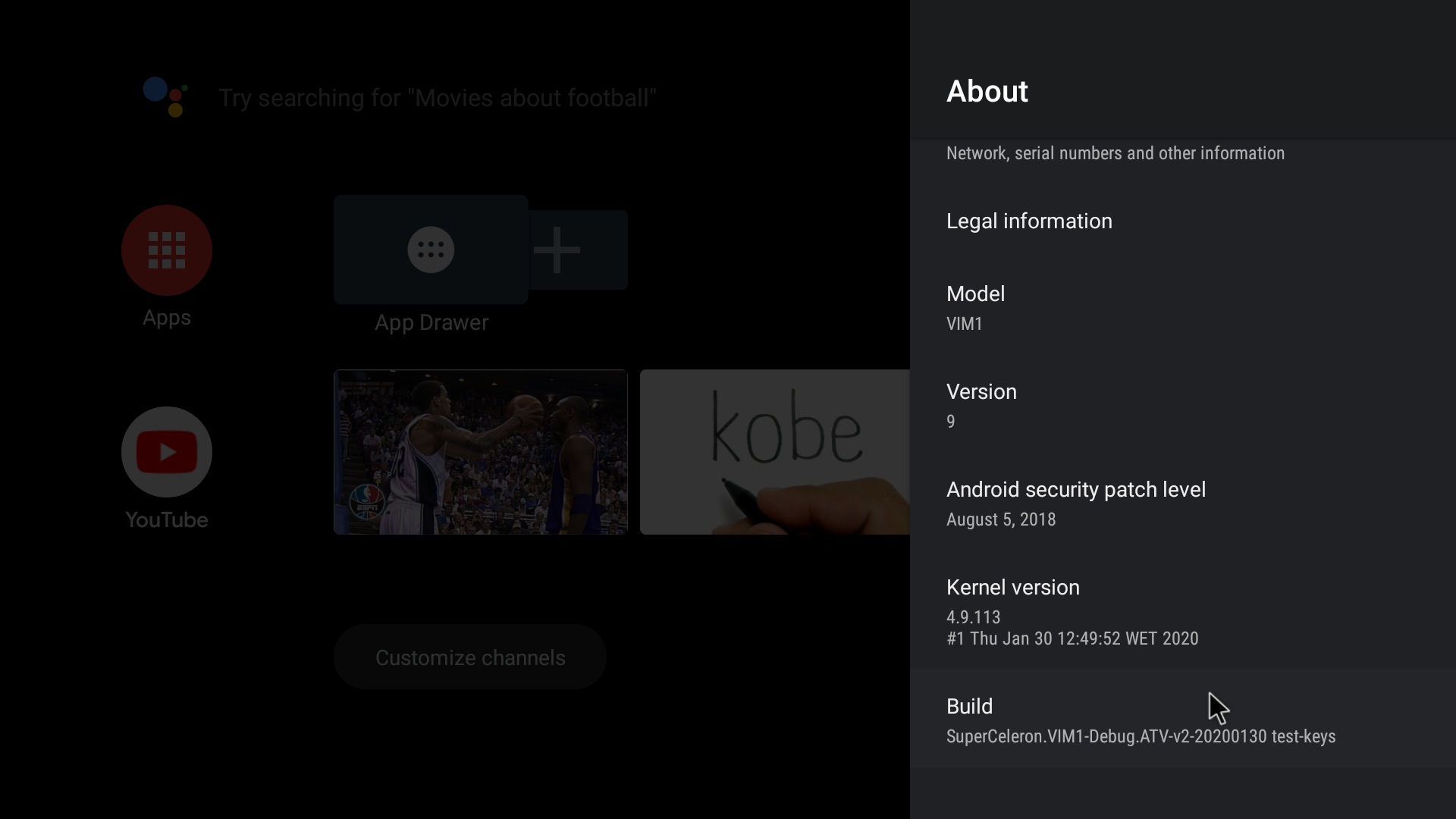 Rom is so new its still wet 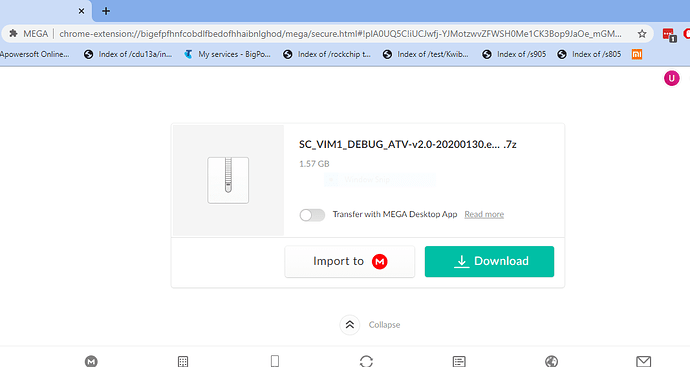 And this is the Userbug Link
to Vim3. 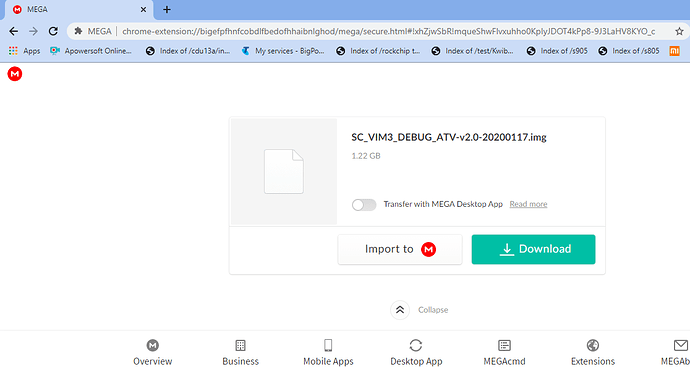 Thks i used the vim3 link lol…
Fixed now sorry about it!

I think the links are still messed up.
The “User” link gives a xxx.img.zstd.7z file that I don’t know how to extract on Windows.
The “UserDEBUG” link shows link for VIM3 file.

Update: I was able to find a tool on windows to decompress it but now the size is 15 gb? I don’t think that is right.

Ye thks for letting me know.
Is fixed now!