I’ve been playing around with my Vim3 pro and noticed the device gets really hot.

Under ubuntu 18.04 (official firmware V20190830), the temperature goes straight to 75C when watching a Youtube video on 480p. The room temperature is around 20C, the vim3 is installed with the new heatsink (no fan) 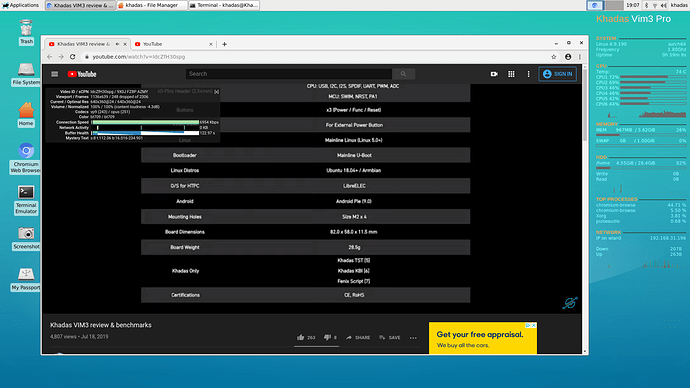 Not sure if this is normal, but the promo site (https://www.khadas.com/vim3) states that the new heat sink (without a fan) prevents thermal throttling during a stress test.

OK, I found a way to thermal test the device. Will be posting updates here. 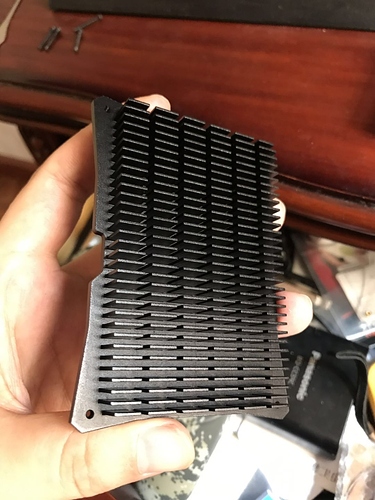 @RRZC777 That price is crazy, I will try to make one and see if I can get a lower price…

Here is a simple stress test with command stress -c 6, the result does not look good.
I passed the cpu frequency governor to performance (was on interactive) at t=20s, then the stress command started at t=40s, and almost immediately the temperature jumped to 75C and began to throttle (green line). 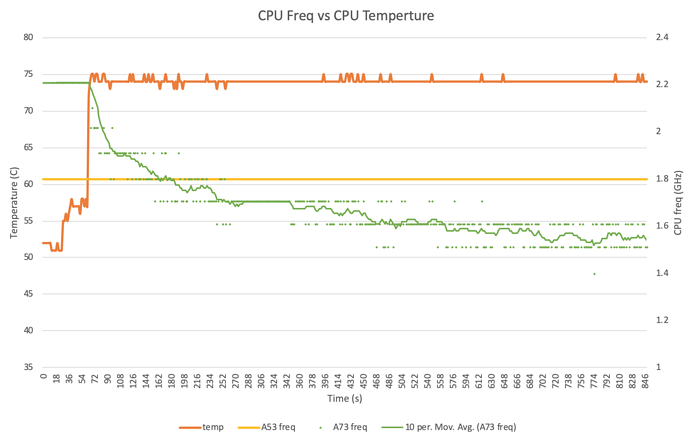 I also had a crapy thermal cam pointing on it, this is the result when I ended the test. 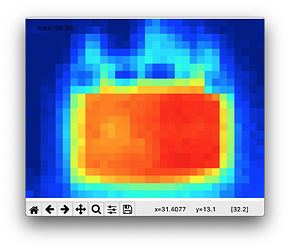 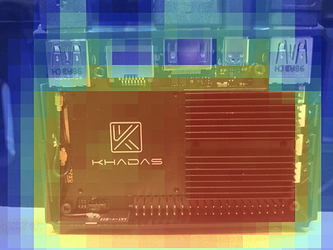 I guess this explains why I can’t get youtube to play smoothly.

I had the test recorded and will make a video of it if someone is interested.

Hi.
At 75°C it should be throttling down. Here are my temperatures.
I must use a fan on it to be able to use it maxed out. Otherwise you could add thermal mass to the heatsink.

@NicoD Yes I saw your result before. Just wondering if you got frames dropped when watching videos on youtube with and without the fan?

Still this does not make sense to me, the promo page of the vim3 says no fan was needed to prevent throttling.

I installed the extension card with M2 SSD. Then VIM3 with the extension card does not fit to the DIY Case and this thermal solution with metal plate is useless.
The VIM3 gets really hot by even watching Youtube in FHD. It gets so hot on regular tasks that 3705 fan starts turning. This is a small turbo-loader, which makes a loud noise.
I also installed a heatsink on the SSD, because it gets hot.

@NicoD I was on Chromium and the video was 480p (see the screenshot in the first post), my display is 1080p but the chromium was in window mode.

What bothers me is that the brand showed off its performance under passive cooling in their ads, which turned out to be a false claim!

I saw the promo image and yeah i imagine it must be a bit frustating, i don’t understand very well how the individual cores load relates to the total cpu load but the board is definitively not loosing performance there. I hate noisy fans as well, what i would do is replace the thermal pad with some mx-4, cut some copper heatsinks to size so that they fit where the fan is supposed to be, brush the existing fins and the copper with some steel wool to increase area contact with the air then put the heasinks with some tiny amounts of themal glue on the corners and mx-4 in the for the rest so that you can take them of in the future with some force but they don’t fall easily. Shouldn’t cost more than 9$. I am not very familiar with android but if you look at the image the UI seems to be from an android benchmarking tool, probably that played a role as well.

What bothers me is that the brand showed off its performance under passive cooling in their ads, which turned out to be a false claim!

specifically on this video, they demonstrate the operation of Ubuntu in active cooling mode!

@Gouwa Please explain in detail how you performed the “very detailed thermal testing” and came out with the result.

I confirm that Firefox works fine. Thanks for this info.

We finally have a copy in our office.

Will put it through some testing this week. 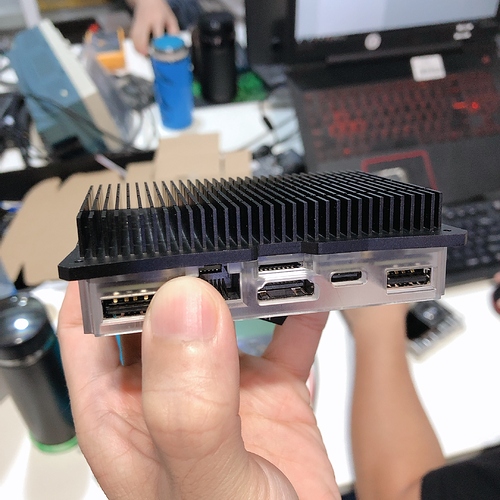 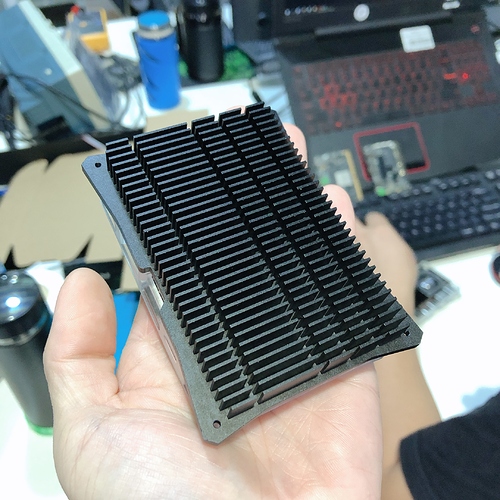 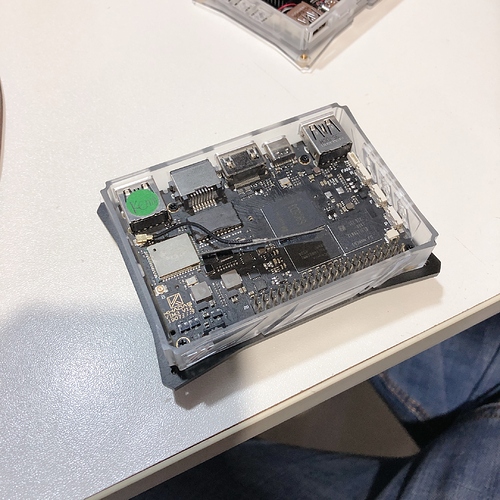 I mentioned in another thread that with the 5.3.0-rc4 kernel shipped with the Ubuntu server image, neither fan control nor thermal throttling were operational, with the SoC reaching 98C before I ended the OpenSSL benchmark.

Looking forward to the test results.
Although I spend all my time with newborn babies, I still try other ideas in my spare time.:咧嘴笑:

I’ve done several 15 minute stress tests on my VIM3 using Antutu, here are 3 results that best represent the average of the sample: 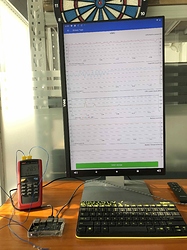 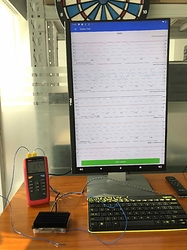 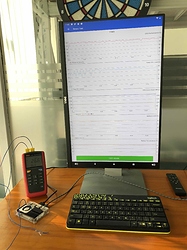 Interestingly, even with the bare board, I did not notice any CPU throttling during the Antutu test. We can see that the clock speeds remain stable throughout each test. The temperature probe was attached to the surface of the A311D SoC, and the other probe was left to sense the air temperature. I used a fresh installation of Android, so there aren’t any other CPU hogs or apps running in the background.

The best result was obtained with active cooling, with the fan in automatic speed mode. The passive heatsink also gave quite a satisfactory result, and I feel would be useful for people with sensitive ears.

Each picture was captured just after the test completed.

Hello tsangyoujun! I have the same keyboard, but the temperature is 48 degrees! I smile, this is a joke, a beautiful job, thank you for your work !!! 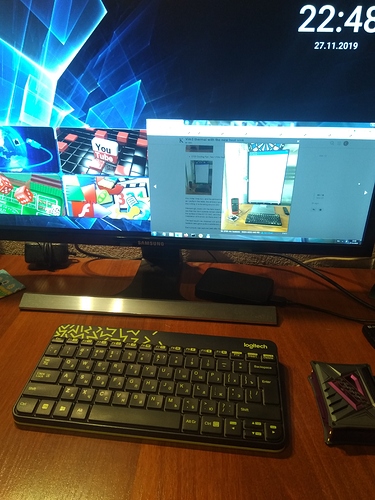 You have a cool keyboard!

48C with the heatsink and fan?