Hi,
I received my vim 3 pro and followed the wiki to install android on emmc (via usb burning tool) and ubuntu desktop on sdcard (via etcher).

ISSUE:
Upon boot up, i see the verbose running for ubuntu, and then screen turns light blue but successfully boots into xfce environment. Equipment never had any issues with odroidn2, rpi4, rpi3b+. 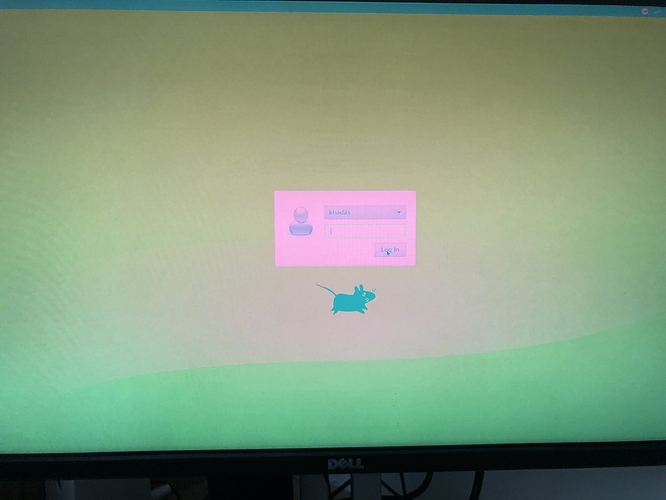 i referenced this issue (Ubuntu issue creating too much conrast on display) although i don’t understand how changing usb cable resolved it for this user. Anyway, i tried various usb c cables, hdmi cables and power adaptors, all to no avail.

Hello, Changing their USB-C cable allowed them to reburn the firmware. Read that thread through to see what lead to that.

I attempted cables change and different ways of updating android-eMMC (via sdcard, usbc) to make sure uboot is installed properly. Updating eMMC always conpletes with no errors but i still face this issue when booting ubuntu from sdcard.

I think they burned Ubuntu to eMMC with USB Burning tool and eMMC image.
I am not certain, perhaps @matthewrockell can give more info.

yes as i captured in notes above. no issue for me if boot ubuntu from eMMC. My setup is eMMC(android), sdcard (ubuntu desktop).

I see. I will attempt to run SD card Ubuntu and let you know what I find. It may be a bit before I can get to it, I am short on SD cards and will need to find a place to dump the data on a card I have.

If you use current Android to bootup the latest Ubuntu SD images you will see the green screen.

You can try the Ubuntu eMMC image and it display OK.

Or you can erase the Android on eMMC and bootup from SD card completely.

I have latest Android (https://dl.khadas.com/Firmware/VIM3/Android/VIM3_Pie_V191122.7z) on emmc and Ubuntu on sd still give me green desktop colors. Is there a fix coming?

Same issue here with VIM3, booting the firmware VIM3_Ubuntu-xfce-bionic_Linux-5.5-rc2_arm64_SD-USB_V0.8.2-20200103 from sd card using “keys mode” and I get the xfce desktop environment with a greenish color.

Updating the eMMC image to Android (VIM3_Pie_V200103) and the problem persist.

Same issue here with VIM3, booting the firmware VIM3_Ubuntu-xfce-bionic_Linux-5.5-rc2_arm64_SD-USB_V0.8.2-20200103 from sd card using “keys mode” and I get the xfce desktop environment with a greenish color.

I have said in the release note that, DON’T use vendor u-boot to bootup mainline kernel anymore or you will get a green screen. You need to erase the eMMC and fully boot from SD card.

Is there currently any way to have both systems in a dual boot configuration?

hi
issue here with VIM3, booting the firmware VIM3_Ubuntu-xfce-bionic_Linux-5.5-rc2_arm64_SD-USB_V0.8.2-20200103 from sd card using “keys mode” and I get the xfce desktop environment with a greenish color.

hi @AKBAAR, this problem is caused due to the mixing of uboot and linux kernel,
ref this to see if one of them is your combination,

yes, only best solution to go back to old version of Ubuntu .

because Android on eMMC is important for me.

Thanks for reply my friend ! very informative

here is a link for the latest version of Ubuntu of old kernel it will be a upgrade which has no problem
it is Ubuntu 4.9 Focal Fossa