just finished building today and testing, the new uboot works, but i still get screen flashing, but this is at 4k60 since i didnt set the edid and im testing on a tv, so its going to need more testing at FHD. im starting to wonder if my audio issues was with just chromium cause the built in demo has audio. i havent touched wifi yet so it will be interesting to see if there are any changes, but im not expecting much at this point.

Ya its buggy as hell

is it reporting corrupted memory on your build? 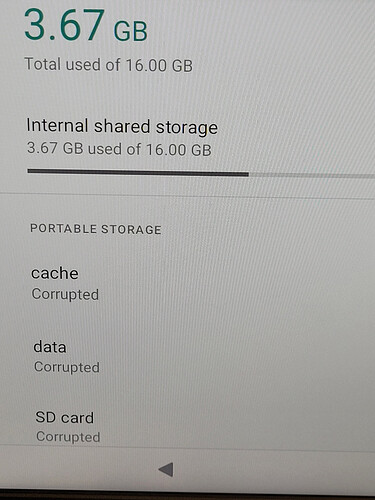 most recent is showing things properly, but that might also be a difference between the tablet ui and the atv ui

yes! your into ATV

I am going to make an ATV version to test right now!

so with auto res(4k in my case)i get audio with chromium and the built in demo, but if i force it to 1080p through the edid at build, i loose sound completely, but it does fix, mostly the screen glitches on 4k. looks like ill need to test on a 1080 monitor at auto res and see if there is any difference. now i wish i saved the files before recompiling

maybe try the make with TARGET_BUILTIN_EDID=true

thats what i did for the one im testing now, which is why i wish i saved the previous rom files

my ATV build only booted once, showed “cache is ejected” or ejected for all memory types anyhow…
Now it hangs on the boot splash screen

Hi! 64 bits, these are all new drivers and libraries. All new kernel modules. At first it will be a hell of a glitch.

I am using mine for a carpc build do you have your image files avail or does everyone have to build it from scratch.

I plan to use a carpc launcher.
Either AGAMA or Car Launcher Pro

at this point the goal is simply to get from where we are to a fundamentally usable AOSP build.

I was really hopeing they would move this forward

TIL something really cool,
the meaning of “yukawa” in the yukawa kernel for the amlogic SoCs, is a reference to the japanese physicist Hideki Yukawa, who found the pi meson, one of the subatomic particles

does it catch a reference ?
perhaps to the the amlogic “meson” SoC family ?

again, just realized this today, please tell me if this reference was found before, and I was late to the party

it look like there will possibly be another slight difference between the normal android image and what we will see as the end product for our device under android 11. Baylibre seems to be moving the aosp for yukawa to use the GKI format. the question now is which method will khadas use for the devices that they plan to update as the new format isnt necessary for devices being updated to andriod 11. as of right now, a vendor boot and the gki kernel hasnt been added to the source code as yet but is a separate thing to add manually, which if a vendor boot is used, proprietary modules will go to vendor if a vendor boot isnt present, a new uboot will be required with the vendor boot partition.

To be honest, I may have reached the end of my patience now, I have ordered an Edge-V to try with my project…

I have been waiting a year for a ready to use android image suitable for my project with the Vim3.
Thats long enough…

Learning to compile android was fun tho, I may keep the VIM and keep playing with it

Hope the Edge Android is ready to use

Is there any new estimate when Android 11 will be released for the VIM3?

Unfortunately they have never given an estimate.

We should able to update a timeline sometime next week.

I just gave another repo refresh and build this morning, still has the same errors and is unuseable.
there has been alot of activity in the repo, but its still useless.