Thats the best Rom for the Edge so far!

Just ran 130K with that new Android 10 rom on the roms page, so far everything is working.

Ill admit i was kinda disapointed in this board when i first got it and i havnt used it much since i got it, ive been running my VIm2 and Vim3 more but this firmware finally has sorted out the issues ive had with the Edge-V

please tell me how these tests affected compared to Android 9?

Well i had a few other issues

Pie had no PS4 support and the fan had some hickups, i also had issues with the display, when i booted up the edge i got a khadas logo then when i was suppose to get a desktop screen it went black and i sometimes had to turn the tv on and off or unplug the HDMI cable and back in before ide get a desktop screen not having those issues now

I am still having an issue with the Khadas remote, when i push the mouse button there is no pointer, its not switching to mouse mode.

Some screens in vertical mode are not the right size they are really narrow and hard to read, maybe its a setting im not aware of?

I understand you, by the way, this version of QT is designed for tablets, do you know about that? maybe some of your problems have been resolved

Yes i have those too thats why i said i can work around it, but i would think they would want the Khadas contoler to work with all of their SBC devices

yes, I know that many would like to have a remote from Khadas with a gyroscope and voice dialing 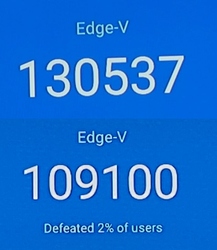 I am still having an issue with the Khadas remote, when i push the mouse button there is no pointer, its not switching to mouse mode.

The next version of firmware will attempt to resolve this…

Amlogic where are you ?, Unleash your power !!!

help me figure out why this is so?

The SDK has not been released by Amlogic yet…

Are you talking about Android 10? Does it play a role in performance?

Yeah, exactly, If we get the Android Q SDK, we can make our own android 10 images for VIM3, or atleast Terry will make it for us…

Performance wise, I guess it is because of the kernel upgrade from 3.14 to 4.19 or 4.9, probably gives some improvement…

Of course, the implementation of the firmware is also important in this, in other words, it is necessary to optimize the firmware for the hardware and make it as productive as possible!

Yes, that also will play a role here…
the more supported and optimized it is, the better it is for ease of usage

yes, one without the other, it looks sad

BONUS on this new firmware

When the board turns off the +5V line on the I/O pins also shut off!!!

Just hooked a different cooling sink on the EDGE-V and hooked a 40mm 5V Noctua fan to the I/O pins and when i went to power down the board the fan powered down also!!!

IMO this is a sweet feature, I wish all the VIM SBC boards had this (because i have all of em!!!) Maybe its suppose to do this and the others dont?

Are you sure ? I remember when I power down the VIM3 the I/O pins turns off…

ok you are right, Edge-V, VIM3L and VIM3 all power on and off with the board

So the VIM1 and VIM2 stay running when the power is plugged in, they run all the time as long as power is connected to the board.

So VIM1 and 2 DO NOT power on and off with the board.

I never tested they other boards just the 2 im wanting to use for other cooling methods.