Access to our VIM4 Early Bird Launch price, $20 off from May 10th to June 10th.
Shipping Date: Within 2-days after your order has been placed; Spot Sale
Note: The current version of VIM4 does not include an NPU, future refresh version might include an NPU.

Help us out by sharing #VIM4 with your friends, and join the discussion in this forum thread! 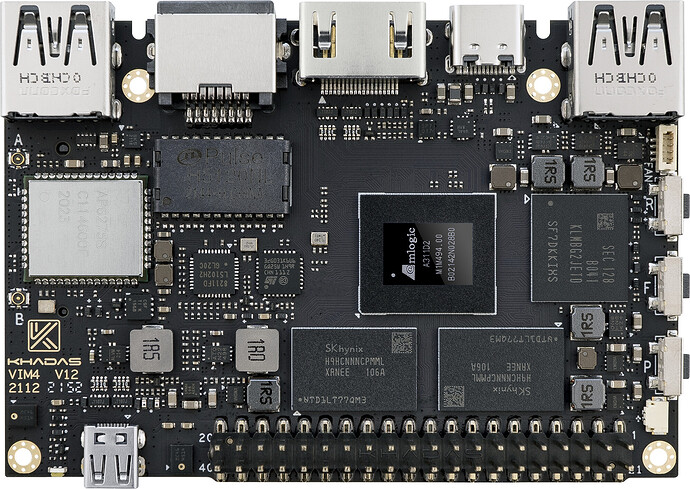 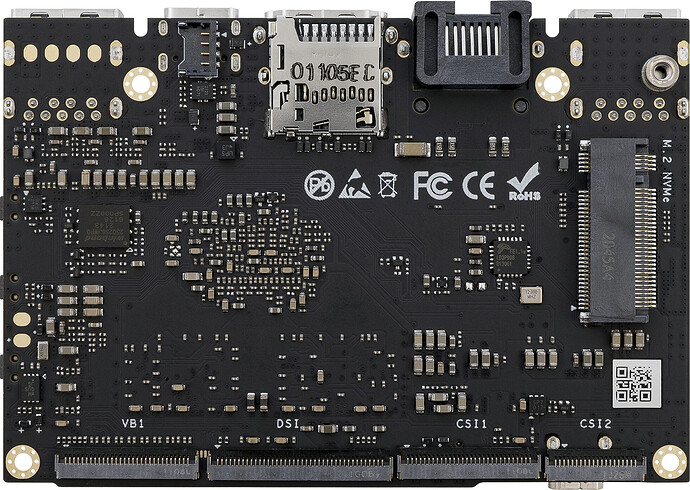 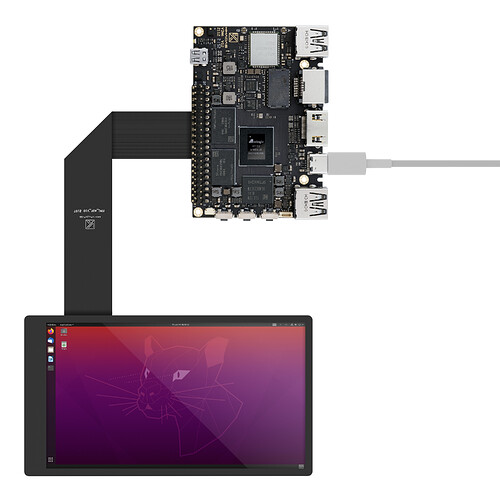 We are super excited to tell you guys that we will be launching the OOWOW embedded system with VIM4. OOWOW was originally known as Krescue, and it is a huge upgrade to the original system! 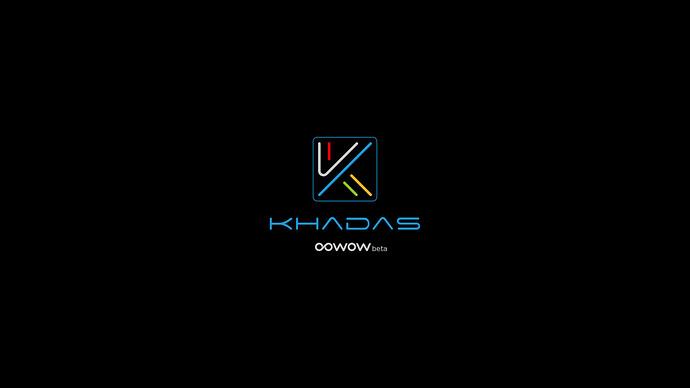 What’s in the Box 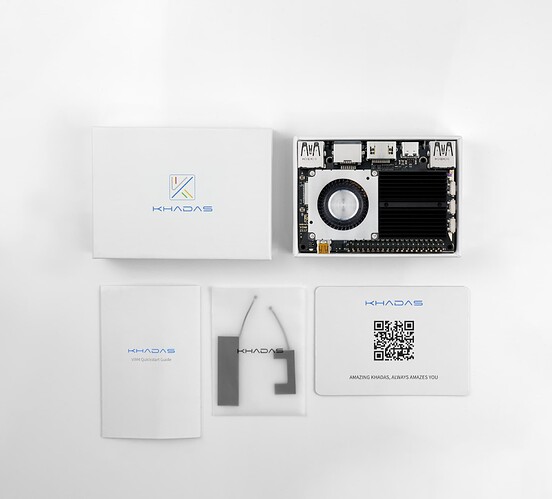 Hi Silver. Thank you for your support! The price of VIM4 will be released on its launch day : ) Please stay tuned!

Thank you for sharing that information.

Will it be listed for sale with immediate shipping, this would be just for a couple of boards for testing?

I know this is a very hard question to answer, what is the projected EoL (end of life) for the VIM4.

The question is, will there be the 16 GB RAM version? I have been waiting for an answer for two months since the first time there was a post ( Gouwa) about if there were people who would like the 16 GB version.

So will there indeed be a 16 GB RAM version?

hello you are warmly welcome.
VIM4 will be listed for sale on 10th May and available for immediate shipping. The warranty for VIM4 is 1 year after shipment date. The lifecycle will be no less than 5 years as other khadas VIMs SBC.

VIM4 has 8GB RAM, 32 eMMC storage version. There will be no 16GB RAM version.

Thank you very much for responding, your assistance is appreciated.

Your reply has broken my heart.

Why is this world so cruel…why…why…whyyy… 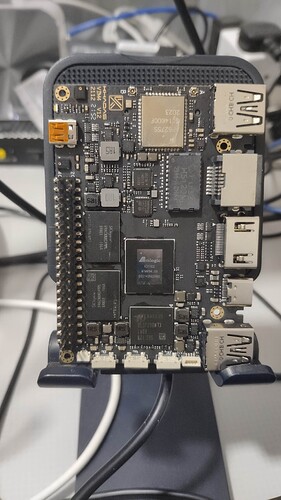 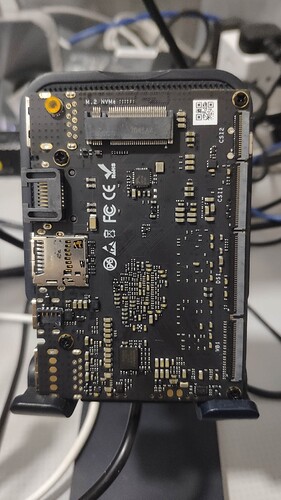 Your reply has broken my heart.

Shouldn’t do that cause 8gb is enough for what the board is capable of doing.
Anything more might be just waste of ram chips.

Don’t be sad, try the 8gb version and you will be surprised to see how well it performs.

Looking on those pictures - I’m curious does it now compatible with TS050 ? I don’t see how it could be attached - I can see MIPI - DSI connector, but don’t see touch screen smaller one. Perhaps new display module is coming ?

Shouldn’t do that cause 8gb is enough for what the board is capable of doing.
Anything more might be just waste of ram chips.

Don’t be sad, try the 8gb version and you will be surprised to see how well it performs.

What have i running on it?

Besides these i want some additional applications such as

With the current installed software i am already at around 5-6 GB (idle). So yeah thats the reason i want to have enough RAM to accommodate sudden surges in RAM when all of them are busy at the same time with additional 4 core making it a octa-core. When i saw that there was the question of people also wanting the 16 GB RAM + octa core CPU + low power i was like “VIM4 would you like to marry me?”

I currently have the VIM2 Max as my CoreElec box, but wanted to switch to the Raspberry pi 4 8 GB edition as my LibreElec box (Amlogic stopped supporting S912 soc) and using VIM4 16GB RAM version if it would be released for the low power server.

VIM4 16GB RAM version if it would be released for the low power server.

We were hoping for the same thing for one of our products. Also doing stuff with video and plenty of ram is needed for that too. Also need faster PCIe r/w speeds to NVMe, the dedicated USB 3 /PCIe is nice.

Booting from NVMe would be nice too.

We were hoping for the same thing for one of our products. Also doing stuff with video and plenty of ram is needed for that too. Also need faster PCIe r/w speeds to NVMe, the dedicated USB 3 /PCIe is nice.

The sad thing is, although there are hexa and now octa-cores availble a large part of the SCB’s will still stay at quadcores because that “fullfills” the need of many people already + staying at low cost (just look at Raspberry pi 4 still at 4 cores). Even raspberry pi 5 i’m afraid will not deliver octa-cores let alone 16 GB of RAM.

It would be awesome if Khadas would open a pledge something for people like us. Even if for example would only make lets say 100 VIM4’s with 16 GB. I mean i’m sure there are 100 people that would love to have ONE low power server to RULE THEM ALL

If not people, for sure companies like yours that would even buy multiple not just 1.

Booting from NVMe would be nice too

Well i think this is already possible. With my Raspberry Pi 4 i have Ubuntu server 20.04 running on the M.2 SATA SSD. Big relief from the nightmare of corrupt and slow micr-sdcards.

Maybe then Khadas compact SBC isn’t an option for you ? You can’t just increase cores and RAM and stay in the same power budget and PCB size - so far there is no huge jump in chip build tech process. VIM3 is already on Amlogic chip with 12nm tech process. Dunno what tech process is for A311D2. - but hard to believe that it is 3-5 nm

Even despite tech process you have to stay in the money budget - all latest and greatest features will increase cost a much, plus microchips shortage nowadays is far away from the end. Be realistic and try to select a software stack suitable for the HW…

Well costs are not the thing i am looking at. I mean even if i would pay for example $200 for it, i would still do it. It’s an investment for the future. That is why i bought the VIM2 MAX back in the day (2018). I though it would be usefull up until 10 years. Not knowing that less than 4 years later it would be useless (no more big CoreElec updates). Besides this, i am trying to live a minimalistic lifestyle so whatever i buy i want it to be used for multiple purposes with less power usage.

One could say well buy a NUC, but again we come back to powercosumption. That is why in the past i also bought a Turris Omnia Router. Replace/upgrade Wifi cards, put a mSATA ssd in it with a Linux container now being my Pi Hole server and still receiving frequent firmware updates.

Do you know another SCB that fullfills my requirements of 8 cores + 16 GB RAM with at least 1 USB 3.0?

Enough in the world - but forget about $200 cost… As I said earlier - Khadas team is trying to make affordable SBC - so they are balancing between many limitation factors, power, size, price and so on…

A list with the top five most powerful Arm single board computers (SBC's) or development kits in 2021 for mobile, robotics, networking, etc...