Here we release a new Ubuntu Mate ROM V180127 with KODI 17.3 for VIM. This release add KODI support, we use some packages from @balbes150, thanks Oleg.

This image is built using Fenix scripts, you can use it to build your own image!

I suppose this will not be compatible with VIM2? Or would it?

Wicked! Thank you so much. Question: does it means that playing a .mp4 in ffplay / mplayer / vlc = hardware decoding instead of cpu?

Question: does it means that playing a .mp4 in ffplay / mplayer / vlc = hardware decoding instead of cpu?

Hello numbqq, Thanks for adding the MIDI support.
I am not fluent in Linux MIDI, but have successfully installed Rosegarden(MIDI Sequencer) and Jack. A MIDI file loaded into Rosegarden plays thru a generic USB-to-MIDI adapter, to a Casio keyboard.
I have much to learn, but should be fun.

Not sure why video hardware decoding only works with kodi and not with mplayer, vlc, ffplay (ffmpeg) etc?

Is this rom using an older version of Linux kernel (3.14) or is that a typo?

We will release newer Ubuntu image this month.

For vpu acceleration, you can use KODI, but just for 3.14 now.

Can I build Kodi separately? I do have my Ubuntu Bionic Beaver image built already using super easy to use Fenix script

I use Kodi built from @balbes150, you can try to build from source code.

@numbqq Any hints how you integrate it? There is probably some extra script you need to invoke in addition to Fenix script?

I use the blobs built from balbes150, you can find here 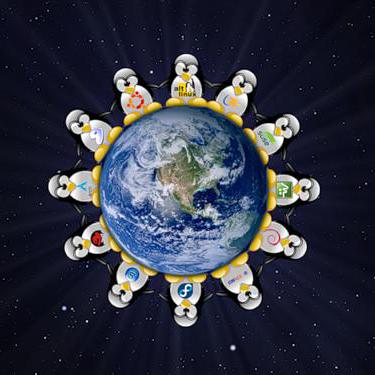 Pkg aml. Contribute to 150balbes/pkg-aml development by creating an account on GitHub.

And I haven’t tried to build from source code yet, maybe @balbes150 can give you some suggestions.

You can also refer to the LibreELEC about how to build.

I see there is a lot of work done by Amlogic/Arm Linux community, and we are getting really close to having a really powerful mini pc/sbc.

There are third party Armbian images made by Balbes150, and the last one with 4.18 kernel works great, but unfortunately he is the only one providing those images, i believe that nobody helps him.

We will release Ubuntu 18.04 with mainline kernel this month or next, Ubuntu 18.04 is already supported in Fenix, you can build it by yourself if you want.

This is the first time i’ve tried to build it, i am getting an error, it says something about etc/timezone error after i enter make command.

Problem is that i have x64 machine using Win10, i am running Ubuntu 16.04. Windows subsystem for Linux, it only runs command line, but i think it should work?

I’ve installed Ubuntu 16.04. on external hdd, tried once more to build, at the end of scripting i’ve had 2 errors, first was about how md5 sum is incorrect, try again later was written in the terminal.

Question is how to make this generated files as bootable image, to be used in Vim, i’d like to try it out to see if it will boot.

Is it better to build armhf or arm64 for Vim, what are the pros and cons, because Vim is arm64.