Khadas VIM as a router

I just got a VIM and I am trying to setup a router.
Let’s start simple, then we may add some fancy stuff:

it fails. It seems the NAT support is not in the 4.9 kernel and trying the previous image (Vim_Ubuntu-server-16.04_V170515) it’s a no-go as hostapd too fails initializing the wlan0 interface.

Am I missing something? Any plan to release a kernel with a full netfilter (masquerading) support?

Kindly to do that, so other folks can follow your instructions and do more testing. (A good instruction can be publish at Khadas Docs )

We haven’t test the hostap on Ubuntu release yet, but I think we will do that before next build.

Ok, let’s go for a short howto.
This is just the start of the journey since right now, the best we could achieve is a switch, not a router.

Why we are doing this? Short answer: just for fun, long one… actually if the VIM provides enough bandwidth to be used on a DSL WAN then this could be a great base to build an OpenVPN endpoint without the CPU/RAM constraints from a typical consumer grade router.

Let’s set the goal: build a basic router with the WAN port on the VIM ethernet interface, the LAN port(s) will be supported by the VIM wireless interface operating in access point mode (AP).

From a logical point of view the LAN will operate on the 10.10.0.x address space and a local DHPCP server will manage the local clients. In order to route packets between the WAN interface and the LAN we need to use the linux kernel netfilter subsystem and specifically the NAT/masquerading function and this is the first problem we have to solve.

Assuming we can overcome this then it’s a matter of the bandwith we can achieve between LAN and WAN, if we are above 20-30 Mb/s then the whole thing becomes useful and we could integrate the VPN client and a firewall.

Last but not least, the credit for this fully goes to the thread at this link: https://askubuntu.com/questions/180733/how-to-setup-an-access-point-mode-wi-fi-hotspot

First thing you want to install the Vim_Ubuntu-server-16.04_Linux-4.9_V170604 image, when done you need to connect the VIM ethernet port to a network with internet access and run these commands:

at this point you should have internet access on the VIM, you can test it pinging something, then we need some support packages:

now we need to enable some additional repository for the packages we actually need, you can use the editor “nano” you just installed so run:

in this file you want to uncomment (remove the # in the first column) the “universe” repositories (it’s in more than one line) where there are the packages we need for the next steps. When done save the file and run the following commands to reload the repositories and install everything:

if everything is fine we are done, all the packages are installed and we can configure them.
To do so we need to edit some files, let’s go:

nano /etc/hostapd/hostapd.conf
and inside the file past this:

when activated this will open a WPA access point on the VIM broadcasting a “test” network you can join with passphrase 1234567890. To test the configuration run:

and if you can see the test network then you can start it as a service with:

Right now the “test” netweork still lacks a dhcp server so if you attempt to join it then you will get an error.
Ok let’s fix this, edit this file:

then edit this other file:

and at the end add this:

and then this one:

at the end add this:

in order to activate the dhcp server you need to restart it with:

If you are still with me at this point you shold have (I can confirm I got it working):

Now the only missing stuff should be this two commands:

The problem here is that “iptables -t nat” fails complaing that the NAT is not available from the kernel.

I found another thread (Get Docker running on Khadas VIM) where it seems some netfiter stuff was not included in a previous VIM kernel image:

Looking in the VIM filestem under /lib/modules/ I see very few modules are there. I do not have the full config file for the released VIM 4.9 kernel but at this point I understand this is how the kernel was configured.

It would be great if someone can build a new kernel image with the full netfilter functions enabled and for the next official release this would be really appreciated.

In the meantime we are basically stuck. If you have any suggestion it is welcome

Hi, Alex:
Thanks for the instruction.

@numbqq please do test and confirm with this.

I try the kernel with CONFIG_IP_NF_NAT and CONFIG_NETFILTER_XT_MATCH_IPVS configured，command
‘iptables -t nat -A POSTROUTING -s 10.10.0.0/16 -o eth0 -j MASQUERADE’ work well，and i can join the AP. 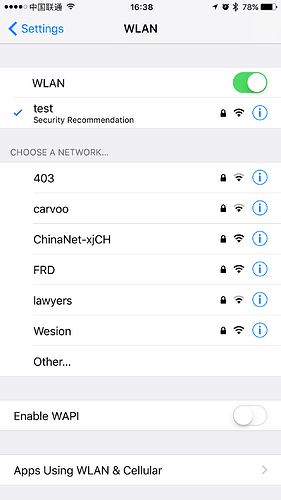 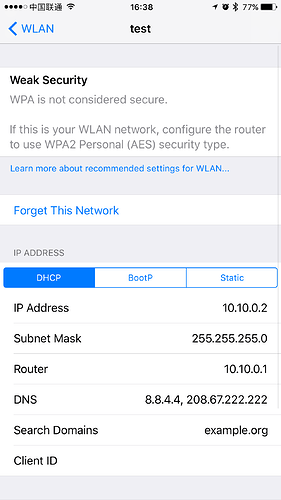 And we will add this configuration in next release.

Hi guys,
first of all thanks for the support! It’s really a good news that you are going to include the NAT support in the next kernel.

@tasinofan Yes you are right the test setup we have is actually a DSL modem/router with a LAN on a 192.168.x.x/24 address space and the VIM ethernet port is on this LAN.

Since in the released 4.9 kernel the bridge module is there you can join the modem LAN and the VIM one quite easily, all you need is to stop the VIM DHCP server and do something such as:

at this point the clients on the VIM wifi are managed by the DSL modem/router and the can reach the internet.

Unfortunately this does not suit the original goal of building a combo router/VPN client but we can use it as a way to test the VIM performances in AP mode.

On this topic I would add some info, the performance of the VIM wifi acting as AP are in several way surprising. On one hand it is a feature the VIM wifi can work out of the box with hostapd and, with the switch setup above, the bandwidth available to a client on the VIM wifi from speedtest.net is about 19-20 Mb/s vs. 23-24 Mb/s when the client is connected to the DSL AP wifi.

The performance drop seems to be related to a quite high ping time to the hostapd managed AP in the VIM. Let me explain, with a laptop connected as client to the VIM wifi in AP mode we have:

This results are interesting, the 20 ms ping is quite bad for a single hop, but this seems to change for the better when the traffic grows (the -f options “floods” the target with as much packets as possible).

On the internet some users are reporting similar issues (either on x86 and ARM) with hostapd and the suggested fix is to disable the wifi power save mode, this can be checked with:

the VIM reported it as enabled and it can be disabled with:

I have huge lag when using WiFi with mainline kernel, AP6255 is something what RPi3 uses to. There is discussion ongoing in linux-amlogic mailing list. So it could be related!

Heiner Kallweit:
Lagging is a quite frequent issue with WiFi and can have very different reasons.
I’m not sure we can blame the SDIO host driver for this in the case here.
E.g. RPi3 uses the same brcmfmac driver with other SDIO host driver and there
are also lot of complaints about poor Wifi performance.

Interesting, I see they are managing 40-50 Mb/s from the VIM wifi, that’s enough to be worth using this.

I made a little more testing and I can add a couple things:

-when the VIM/kernel 4.9 is connected as client to DSL AP above I have:

-in this case ping -f reports a better but closer behaviour:

so it could either be a driver issue or an hw limit, I hope the guys working on the kernel development can improve this

-I tested the 5 GHz band on the VIM with hostapd/kernel 4.9 and it works. With the /etc/hostapd/hostapd.conf below and VIM bridging his wifi with the AP LAN a client on the VIM wifi reports the same bandwith from speedtest.net as it gets when connected to the DSL wifi (around 25 Mb/s)

so now it’s a matter of waiting for the next kernel release or use the one built by @numbqq
I am new to u-boot so excuse me for this question, can I update only the kernel image on the VIM without using the serial interface, mine is still in some post office…

I agree: if one wants to combine with some sort of (transparent?) VPN then double dhcp/nat might need a private 10.0/16 net behind a 192.168.c/24 one. But myself I think I want to go minimal way and just only provide access point functionality. I also feel VPN is end user responsability. Thanks for the hints howto bridge L2, I +/- knew already how. So I am now challenged to just build a minimal amlogic AP (perhaps gentoo). Client connects ISO L1 to WiFI, box bridges L2 to ethernet, and done. No ISO L3 (apart from preferably one IP address on eth for switch management) involved. Of course the device should (but linux can) do L2 spanning tree (and hopefully not be configured as root). I think in terms of required resources and performance, such simple device would be great.

khadas vim pro as a simple wifi hotspot with armbian-config

on Khadas Vim Pro (activated multiboot)
(to activate in factory android go to update settings and load autoupdate zip from sd card, copy kvim.dtb to root folder and rename it to dtb.img, if you do not rename the standard kernel is used. if satisfied move install to emmc with install.sh in /root directory.

now you can reboot and login. find ip number with advanced ip scanner or look into the client list of your dsl-router.

check if all is ok, else repeat b)
dmesg

just in case, the working wifi drivers for AP6255 aka brcmfmac43455, unpack and copy to /lib/firmware/brcm/