Is there clear instructions to dual boot for noobs?

Sorry for the noob question. I was just wondering if there is clear instructions on what a person needs to do to get ubuntu loaded on a vim2.

I have a macbook pro not window. The android ubuntu file I just downloaded is .7z 7zip format and wont work.

My Macbook was broken down, what’s the problems you were meeting?

I’m slowly getting there… I am trying to dual boot andriod and unbutu.

Then on http://docs.khadas.com/bootcamp/CreateBurnCardViaCLI/ under uboot commands I get:

I assume you need uboot and the VimPro_DualOS_Marshmallow_Ubuntu-16.04_170124.7z file or does that already have everything I need?

Hi, emurph78:
Forgot to tell you that the DualOS ROM only support USB-C Cable upgrade method in Windows, still have issues via uSD card

and will try to resolve in the next build.

In additional, I will write a step by step instructions for MacOS users when my Mackbook back to work.

BTW, it seems that your device is VIM2, but the ROM you downloaded is for VIM1.

Oh… thanks for the heads up… Maybe a rework of the docs and or short videos would help a lot of folks.

Is there a way to dual boot on a Vim2?

Maybe just put ubuntu on the sd card only? I’d like to get it running tonight if possible.

Thanks for your help I really appreciate it a lot.

Maybe just put ubuntu on the sd card only? I’d like to get it running tonight if possible.

Yep, you can just keep Android on eMMC and Ubuntu on uSD card, refer Belbes150’s build for uSD card installation:

I decided to open a new topic since the old have accumulated a lot of obsolete data, which can confuse users. To run all the images Armbian external drives, you must activate the multi-boot. One of the options is activated, you can read at this link. Current Image Mate\XFCE+KODI (3.14.29) and Server 20170808 For those who already have images >20170628 you can only refresh the kodi package (download from the directory the deb on the website and install via “dpkg -i” The main feature of …

I tried unsuccessfully to install the dualboot. Does anyone know of any way to install dualboot for macosx or linux?
http://docs.khadas.com/bootcamp/UpgradeViaUSBCable/
This software is for windows xp, who in the world still uses Windows XP ?? Does not have a version for windows 8.1 or 10 x64?

This software is for windows xp, who in the world still uses Windows XP ?? Does not have a version for windows 8.1 or 10 x64?

The tools for all Windows, not limited for XP.

I didn’t flash the emmc card I used a 32 gig sd card. Even though I use a mac and know how to put images to bootable disks I used Etcher.

I am not able to install the driver of this software in windows 10 x64, because this is an x32 version.

Hello to everybody. I’ve the 64GB version of vim2. I maked a flash of dualboot system on the emmc , but it steel start on android7. I didn’t see where can i reboot in Ubuntu. tThere is also a critical fact. Now i have 4GB of storage free and the rest till 64GB isn’t seen.
I maked the flash with a windows10 pc. “USB burning tool”.
When the flash finished, i pulled STOP, then i closed program and (at last), unplugged the vim2 from pc
Is the procedure like this?
thanks a lot

I didn’t flash the emmc I used a sd card. If I remember right it boots in andriod first the you have to restart it then it will ask you which OS.

Don’t hold me to it. I’m going off of what I read and seen.

I’ve read that with remote control, ther’s an option to reboot in Ubuntu, but I don’t have it jet.
I’ll try to flash only an Ubuntu OS without android.
I hope don’t have “loosed” others 54GB free’s space.

Thankyou. It was all in chineese. Hard work for my eyes to put italian’s language 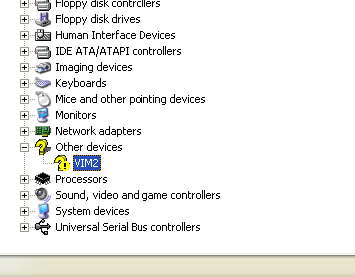