Hello, @Terry
I join the question @davemf . I also have a matrix with a resolution of 800x480, and I would very much like to see it in the list

@Terry
Thank you for new release.

I tried enable native ui.
It looks very nice, but the screen is split near the center and the display is mirrored.
Is this a bug? 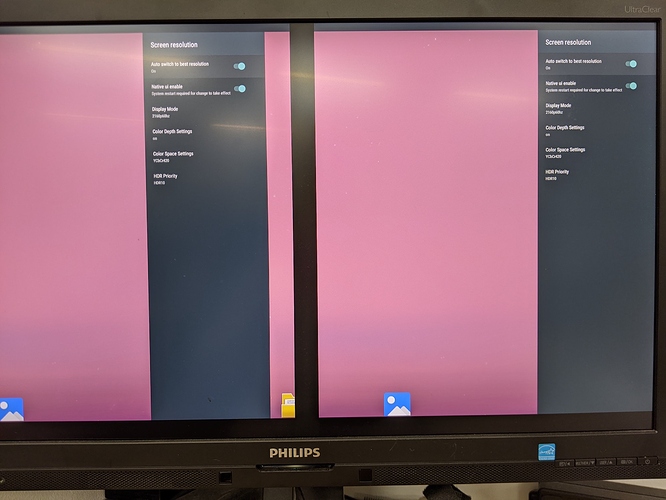 Thanks for your feedback. It’s a 4k native UI bug, and i will fix it on next release rom.

@jasonl
Could you tell me please how to see full list of resolutions?

I’m going to select any one of them, and it doesn’t make any difference.

The ICONS are still stretched into cuboids, and KODI is still unable to show the film in full screen at 21:9. 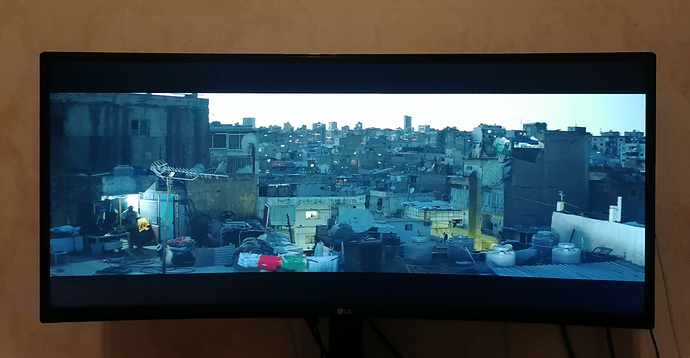 When the NATIVE UI is selected, the icon display proportion is normal.

But the image position is wrong.

Oddly enough, KODI was right to play the film.

Terry confirmed there was a problem, promised to fix it

@Terry
I hope the SWITCH OS button can be added in the next firmware.
I need to switch the SD card system frequently.

Yes, The Celeron ROM has the SWITCH OS button.

in a near future

Was there ever a fix for 2560x1080 still being stretched (and when native UI was enabled, I get the same black bars overlay as RRZC777)

Can I do this with my latest AOSP build?
I need to implement this with VIM3 android Pie AOSP.

About how to build the Android Pie firmware by yourself. You can refer to this
https://docs.khadas.com/android/vim3/BuildAndroid.html

@Terry On this build ublox 7 and ublox 9 don’t function correctly once movement starts. USB GPS does the same on Lineage for the Raspberry Pi 4 on android 11. I’m guessing they are using similar GPS HAL code?

Youtube Video of the malfunction when in motion…
GPS in motion

Was able to to solve issue with Lineage on Raspberry Pi by using this HAL(Except the gps time is reported wrong). There may be other problems with it also but it at least works.
Whale gps Hal

Will you be able to fix this in your build @Terry ?

Thank you very much for your time.

Has nothing to do with strength if you watched the video. It has to do with nmea sentence parsing and getting it passed into gpsd properly… You can see in the video plenty of satellites and 3D fix please and the blinking of the satellites and speedometer reading… Something is off with this particular gnss hal as it works with no errors until there is movement but the one o linked to actually works in pie onwards on different devices.

So basically put it in your car and drive around with a ublox 7 or 9 device and try to navigate with mapping software that only gets updates maybe once a minute and you’ll see I’m no fool.

you mean whale gps hal can sovle the problem ?

It has on other devices. I was unable to get your pie code to build during my short time at home and i don’t have root on my vim3 pro or i could give you a definable answer. Rename this compiled .so to the proper name used on vim3 pi and if kernel registers ttyACM0 as the gps serial device, it does work on other devices except for the wrong GPS time reports. Whale gnss hal arm 64 bit

I may have missed the registration in the kernel log. I know the code works good enough to be usable as is if it can be integrated. Needs a little repair but useable.

I didn’t realize i had root, but i renamed the library to gps.amlogic.so and dropped in it and rebooted and it works, only the gps time is wrong… It’s usable now for mapping software.