Just wondering whether the Tone2 can also decode MQA files through its SPDIF input ? Or is it only with the USB input ?
Also have people already tested this MQA Decoder feature with either PC, Mac, and Linux ? Is it working well with all of them ?
Thanks a lot,
Mika

Hi Mika,
T2P can only support MQA decoding via USB input til now, and yes the MQA works for either PC, MacOS and Linux with MQA player installed.

Just wondering whether the Tone2 can also decode MQA files through its SPDIF input ?

The MQA Decoder works great over USB. I’ve tested with Linux and macOS. All of the various Format colors to indicate MQA formats work as advertised. I’m sure Windows works as well with the proper driver installed.

When using the S/PDIF input on the Tone2 Pro, the Format feature of the LED ring (momentarily shows different colors to indicate the input sampling rate) does not seem to work at all. Since that’s the only indication that the DAC is processing MQA, I assume MQA is unsupported over S/PDIF. It would be nice if the Format display feature worked for PCM sampling rates, though. @Gouwa, is this just a limitation of the current design? I wonder if this feature could be added with new firmware…

I also discovered that DoP is not supported on the S/PDIF input, so USB is also required for DSD playback. Some DACs do support DSD64 over S/PDIF, but not the Tone2 Pro.

One last niggle regarding S/PDIF, the user manual seems to suggest that the S/PDIF connection supports both input and output. In my testing, this does not seem to be the case. Only input is possible. 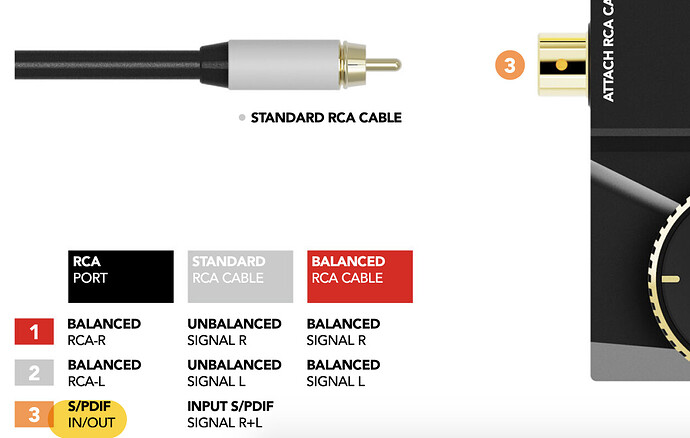 Only input is possible.

Hello, From this page, “Tone2 Pro will support S/PDIF Out when loaded with a special version of our firmware.”.
I assume that is a future special firmware, but there exists hope.

MQA over USB only, according to Gouwa.

Thanks a lot for the feedback !

However we I read that MQA can be streamed (from Tidal) with Linux, what App could I use ?
I know that Moode can’t do it, so which one can ?
Cheers

While you can listen to Master Quality audio on any device, the partners below provide full MQA playback through TIDAL: Bluesound/NAD Cary Audio Aurender Cambridge Audio Meridian Bel Canto Auralic...

MQA can be streamed (from Tidal) with Linux, what App could I use ?

It’s spendy at ~$10/month, but I highly recommend Roon. I’m running Roon Server and Roon Bridge on Arch Linux with great results. You control the system with the free Roon Remote app on your smartphone or tablet.

Thanks but I don’t want to use Roon: it is ridiculously expensive and requires another computer to be always on together with the streamer.
What I actually need is a software for Pi that I could use to stream MQA from Tidal with pass-through towards the Tone2 Pro. Does that exist at all ?

I don’t want to use Roon: it is ridiculously expensive

I would not call $10/month “ridiculously expensive”, but if perceived value is less than its modest cost, it’s not for you. For a bit less…€66.99/year ($6.75/month), MyVolumio Superstar is an option. While Roon supports unlimited devices, Volumio is limited to just six, but that’s probably fine for most users. If you can get buy streaming to just a single device, the €28.99/year plan (~$3/month) may work for you.

I’m not aware of a zero cost option for streaming MQA from TIDAL on Linux, but if it exists, perhaps someone will chime in. Closest I’ve found is the BubbleUPnP app for Android. Streaming to a Linux endpoint over DLNA may work with MQA, but I’ve not tried it.

Many thanks for your replies mate, much appreciated indeed.
I didn’t know this Volumio Superstar thing, but I’ll surely have a look.
I’ve tried Bubble but it doesn’t work, everything from Tidal comes to the Linux Renderer in 16/44.1 whatever the original file is.
I’ve seen there is also the MConnect App for Android, maybe another option…