I can’t find any info on how to get to the boot menu. I bought this because I was under the impression that it was already dual boot.
I can’t even find info on how to use the button on the side.
TIA
Submicro

Hello submicro, Do you have the dual-boot ROM installed?

Addionally, there are Linux versions that boot and run from SD card or Flash drive. These do not alter the installed OS.

I was under the impression it came with it? So I need to install myself… Oh well it’s not like it’s to difficult! I’ve been dual booting my desktop for years so I’ll give it a try. But this is my first Arm experience. Thanks for the link.[quote=“RDFTKV, post:2, topic:255”]
Addionally, there are Linux versions that boot and run from SD card or Flash drive. These do not alter the installed OS.
[/quote]

At the cost of speed though!
Thanks again
submicro

I meant to include the link to the firmwares page.

Guides exist for flashing the Vim. If it is your first ARM device flash, read carefully before flashing. Multiple methods exist. It is not difficult, but the more you know the less risk is involved.

See Khadas Documents page, under the Bootcamp tab, for guides.

If you have questions, the community will assist.

Linux runs pretty good from SD(fast card or flash drive), of course, it won’t be as fast as NAND.

Thanks for the info especially the firmware link. I’m sure I’ll figure it out.

Is there any android EMMC / libreelec SD dualboot??

Yes, having Android on eMMC and boot/running LibreELEC from SD card, is possible. I have not done it on the Vim yet, so I am not familiar with how well LE runs on the VIm from SD.

A triple-boot option is planned, for instance, Android and Linux on eMMC, LE running from SD card or flash drive.

I’m finding it difficult to figure out which method to use, what images, and how! There seems to be alot of info but it’s a bit confusing…

Can you point me to a prebuilt u-boot image?

If you have the Vim Pro(2GB/16GB) and would like to install to eMMC, the dual-boot firmware, download and extract this image. Note: The extracted file will be an *.img file.
VimPro_DualOS_Marshmallow_Ubuntu-16.04_170124. 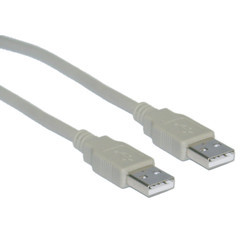 Hi
Please can you tell me which android release do you use ?
When I reboot to the sd card with the Balbes150 Libreelec version (from update in android) I got stuck on the vim boot screen

I am with stock (standard) android. Which was load on VIM when it arrived.

So I don’t need U-boot? ok… I think my brain has just locked up with the bluescreen of death

Not for the dual-boot image, it is self-contained and complete. Though Linux-side updates should be run after installation, i.e. sudo apt-get update, sudo apt-get upgrade.

Yes, I too have mixed feelings about Windows, but it’s roots run deep, hard to completely get away from it.

Don’t worry brain-lock is temporary, otherwise we’d all be staring at the ceiling. lol

Looking forward to a solution…

Have a nice day.
pei

There are several images that are designed to run from a SD Card or Thumbdrive (U-Disk) and are compatible with VIMs. For example: Armbian with Debian / Ubuntu AltLinux ArchLinux CoreELEC LibreELEC M

And ARM SBCs dont use grub… they use uboot… and that uboot is required on sdcard if u wanna boot from it, or uboot on emmc if you’re booting from emmc.

By default, the board will ship with a uboot on emmc but if u erase it, u will need to reflash it to boot from it. Kind of like every boot media has its own grub/uboot.

Their is a thing called extlinux.conf-menu (This looks like a grub menu, but the function is totally different) however if u are not knowing about it, dont use it. extlinux.conf-menu is for when u wanna use a same boot media on multiple SBCs with different SOCs and u can select at boot time which soc youre going to run on. (This is not grub, this is different…)