Did you receive message “system ui has stopped” when you flash the latest nougat rom(V170612)?

Yes, it happens with latest Nougat, it is very annoying.

@Terry I am not sure what does this with “You can modify some files” help me? Can you explain it a bit more.

In my opinion no OS should change owner/permission of an medium from which is not booted (in my case with micro SD card), so this is for me Android Nougat bug in image you use to be able to read this micro SD card. I am not sure if does this with Marshmallow to.

How can i provide these logs, i have never done that?

I am not sure if i will do it today, but can you tell me where will i send it, by e-mail or shall i paste it here?

Thanks for your feedback. I will have a test for it and will reply for you.

@Terry what does code proposed from you do?

@Terry, update, today i’ve tried to restore nougat to factory settings, reinstalled most of the apps i need, and now after few hours of testing i didn’t see this bug.

I believe some app or some setting could have caused this, but i haven’t figured out which.

Sometimes it would show up immediately after booting, sometimes i would need to wait 1-2 hours, but it would always show up.

I hope this won’t happen again, because it would make this device useless for me.

Seems the “Update&Backup” that I’ve used with 170412 Nougat to activate the multi-boot isn’t available for V170612 Rom Release.

Is there any other way to activate multi-boot?

If you have serial console connected to your device you could try to stop autoboot in u-boot and type “update” there or “run update”.

As I wrote in this post “Update&Backup” just reboots into u-boot with ‘reboot_mode=update’ and install multiboot if contained on microSD.

After enabling the SuperSu binary and rebooting, the rom will not boot.
It is stuck on the boot animation .

I am using version 2.79 that came with the rom.
And I did not update Supersu at all.
I have to enable Supersu for root to work correctly.
What is the point of this rom with out root working.
The Marshmallow rom works as it should with root.

All I am asking is what will work to get Supersu working
for this rom.
Like I said before the rom goes into a boot loop with root
enabled.
None of the past roms have this issue.

I don’t understand which version you are using, root is working on the latest Nougat rom, maybe you aren’t using the correct version?

If you update su binary, rom will stuck in boot loop, so this step isn’t recommended.

I’m using this version along with Kodi 17.3 from Google Play.

How could this be hardware accelerated? 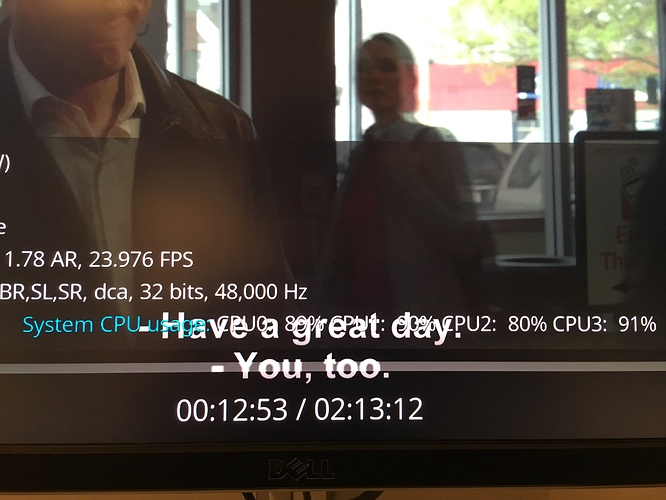