Seems very unlikely that a driver will ever be released. The Android software is proprietary and the driver is embedded within the dTV.APK package. The hardware developer (not in this case Khadas itself) would have to persuaded to develop a stand alone driver and then would ask for a license payment to use it.

Neither is remotely likely to happen.

Anyone up for a challenge to reverse-engineer dtv.apk?

Its already been done in the coreelec OS and the code is open source. However it depends on the whole Linux TV infrastructure to work. This is the real issue, without a systematic interface in the os it becomes a very large job and Android is missing this. Android is only really fit for running phones, its rubbish at anything else and the reason why serious OS programmers don’t waste their time on it.

This way work find for me about pv chanels.
Click…

If you look how many production-grade TV boxes run Android it would dominate in the same way Android dominates phones. Yes, there is fair amount of set-top boxes that run OpenPLI or similar Linux (as we usually undersand it) derivative, but still - if I buy a TV box for say ~100 USD I kind of like opportunity to play really cool looking games on it as well

I wouldn’t want Mali GPU idling all the time

And who are those serious programmers? I assume those who write in Assembly?

Honestly, each OS is intended for particular reason. Hate it or love it, Android is the most universal and user friendly nowadays

If you really think there are serious developers out there waiting to write a one off driver for a product with a market penetration running to the thousands, then good I will agree with you on all your points.
However the reality as it stands, and as it is likely to remain, is that someone has already reverse engineered the driver for the Khadas dTV card and plugged it into the Linux ecosystem.
Since there is already a working apk (all be it a rather limiting and limited one) available for Android developed by the manufacturer I can see NO prospect of another developer taking the time and trouble to reinvent that wheel with zero help from the manufacturer and zero chance of them getting any return on their invested time. It seems however that Khadas themselves have no ability to influence the dTV board manufacture with regard to release of their propitiatory software once they supplied the original DTV APK, and that manufacturer has stated that a separate driver will not be developed (in fact it seems unlikely they will bother to do any further software development for the board). The DTV software bundled with the Android released by Khadas is likely to be the only software ever produced for the card in Android.

Android has its place (on phones) and even makes a descent media player when fully licensed in the form of full Android TV, but in just about all other implementations it cripples the available hardware functionality (AC3 -the most popular audio format for TV broadcasts doesn’t even work in Khadas Android because they didn’t bundle the license) and offers a truly terrible user experience. This is why most people who want to use their boxes as media players quickly migrate to more specialist and optimized OS’s such as CoreElec. Kodi just about runs on well implemented Android boxes, but it will never have a stable and fully functional PVR to run the dTV board because it is missing the essential backend infrastructure, and the people who write the popular apps such as TVheadend have stated that they will never bother porting to Android. The one person who did manage to port TVheadend to the Nvidia shield doesn’t seem interested in other boxes and has seemingly abandoned the project at this stage.

If you disagree then I invite you to wait for that Android driver you want whilst I get on with using my hardware before it becomes redundant in a few years time.

But can we develop an Android app using your VTV Extension Board since the Driver is not available?

There are versions of the Android ATV with built in support for the VTV board. That is the only way to get support for these boards within Android, and that is how it is likely to stay. My experience was that the software within the special Android build works well in it own limited way.
Khadas cannot release a separate driver for the board since the manufacture of the board forbids it and will not assist anyone to develop a stand alone driver.

I want to develop my own app and replace VTV default app. You know , this board is for development but you have not provided any driver to help people develop apps. That makes no sense.

It will not happen. This is the problem with closed source hardware and software, you have no right to be supplied with a driver and the manufacturer has met its obligations to its client (Khadas).
If you want a stand alone driver you will have to reverse engineer one yourself or try to port the Linux based open source driver packaged in CoreElec.

Sorry, didn’t catch your point in the first place. Yes, even though Android itself is open source, key issue is always drivers…

It always happens with networking drivers (WLAN, Bluetooth) and video drivers as well…

What is your preferred OS for TV-like media centers at the moment?

I am using CoreElec with TVheadend and it works very well with the board. The board is supposedly supported within the Linux Kernel but the hardware is configured wrongly and will not do station scans successfully (the driver was developed for the KIII which uses the same chip but in a slightly different way) . The CoreElec driver is patched to be compatible with the Khadas board. last time I checked the patched driver had not been ported back to Libreelec - but this may have changed. Since CoreElec is just a cut down version of Linux, using the Linux TV infrastructure, it should be possible to backport the CoreElec driver back into a suitable Linux kernel. However the S912 chip used by the VIM2 is stuck on Kernel 3.14 and is likely to remain so for an indefinate period. Possibly if you want a general OS rather than a specialist OS then Armbian using 3.14 is probably the best bet - but you would have to do the work of backporting the driver from CoreElec.

this situation is such a mess!

I am using CoreElec with TVheadend and it works very well with the board.

Any newbie guide how to burn and setup it on VIM2?

Full details are available over at the Coreelec forum. The Khadas hardware is extremely well supported on CE. It basically involves downloading a piece of software which prepares a USB/SD card which you then insert into the VIM. You can then install the CE to the eMMC of the VIM by using putty/SSH and issuing one copmmand to the VIM.

I’ve burned CoreELEC-Amlogic.arm-9.0.3-Generic.img from 9.0.3 releases to SD card using Etcher, inserted into VIM2 and booted but it keeps on Khadas logo and even serial doesn’t show any progress - stuck on:

Generic version have no dtb.
Copy the dtb from dtb directory to the roor directory and rename it to dtb.img
And then try to boot.

Generic version have no dtb.
Copy the dtb from dtb directory to the roor directory and rename it to dtb.img
And then try to boot.

Sorry, I was missing the part where gxm_kvim2 needs to be copied to root of SD card and renamed to dtb.img

CoreELEC is running fine now on my VIM2 Max

Wondering what add-ons are needed to support VTV board and be able to watch DVB-T/C broadcasts?

You also need to enable your VTV remote by issueing the command:

I HAVE Amlogic S905D TV Box
IS there a way to watch some foreign direct channels from satellites that work on TV Boxes through DBV since I want an application or an effective way to add translation to any language to view the channel’s content with translation
This link explains what you wanted, but not for Linux but for Android 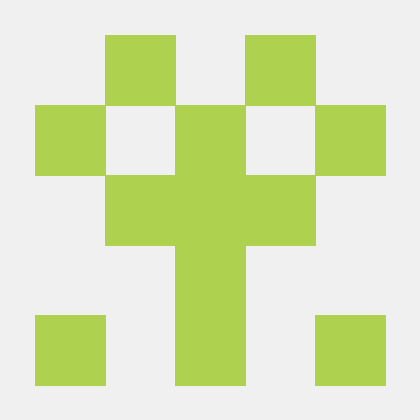 Contribute to mx3L/subssupport development by creating an account on GitHub.